KVM is a free and open-source Kernel-based Virtual Machine using the Linux kernel for virualization and is very similiar to a hypervisor like Xen or VMware's ESXi. It is based on Qemu, a processor emulator. Any virtual machine created on or working on KVM can work on Qemu also, but with a great reduction in speed.

There are some graphical user interfaces available for KVM and Qemu that can be used, but in this article we will use the command line options. This way I feel somewhat more in control and get a better feel and understanding of the system.

In this blog, we will create a virtual machine by Installing Ubuntu 9.04 on it.

First we need to create a Virtual Hard drive for our Virtual Machine, or you can use an existing one. You can create one with qemu-img.

You can create the virtual disks in several formats, some that can be mounted by the host Linux system, some legacy and even VMware compatible disks, but for the purpose of getting started with KVM, let's create a disk in the native Qemu format (qcow2).

Because KVM is based on Qemu, almost all the options are the same as with Qemu, and therefore we will create the image in Qemu format. The command to do this from the linux command line is:

This will create a virtual disk of type qcow2, with size 10 Gigabytes. The name is kvm-virtual disk. This disk will not initially be 10 Gb, but only about 55kb, and will grow as the Operating system is installed and more data is stored on this virtual disk, but it cannot grow larger than 10 Gb (or whatever is specified).

We are not ready to boot the installation image for the Operating System we want to install on our virtual machine. Here we are installing Ubuntu 9.04 from a DVD, so we insert the DVD into the drive. From the directory containing the virtual disk, run:

Just make sure about your own CD/DVD-Rom drive path or device filename. -hda is the virtual hard disk you want to use, -boot is the boot device, in this case the cd/dvd-rom. Once the OS is installed we will boot of the virtual hard drive and not the cd/dvd-rom drive. -m means we have assigned 512 Mb of RAM to this virtual machine.

After Step 2, the image will boot, and we go through the installation steps like normal. 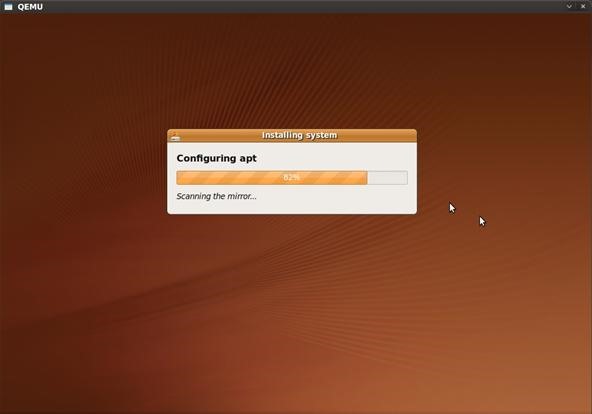 After the Operating System is installed, we can now boot from the virtual hard drive. The command to launch the virtual machine looks very much the same as the one in step 2, but with the exception that we use -boot c instead of -boot d to indicate that we are booting from the hard drive now.

The above command will run the virtual machine as a daemon in the background (in other words you will be able to continue using the command line for other tasks). 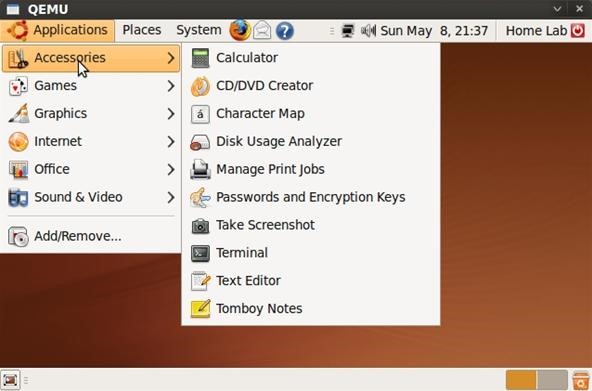 The above steps can be followed for most operating systems you wish to install as virtual machines. Some operating systems might require some special settings in terms of hardware configuration and video adapters.

In some future articles, I will show how to network the KVM virtual machine to the host system as well as the physical network.

Want to master Microsoft Excel and take your work-from-home job prospects to the next level? Jump-start your career with our Premium A-to-Z Microsoft Excel Training Bundle from the new Gadget Hacks Shop and get lifetime access to more than 40 hours of Basic to Advanced instruction on functions, formula, tools, and more.

Other worthwhile deals to check out:

Join the Next Reality AR Community

Get the latest in AR — delivered straight to your inbox.